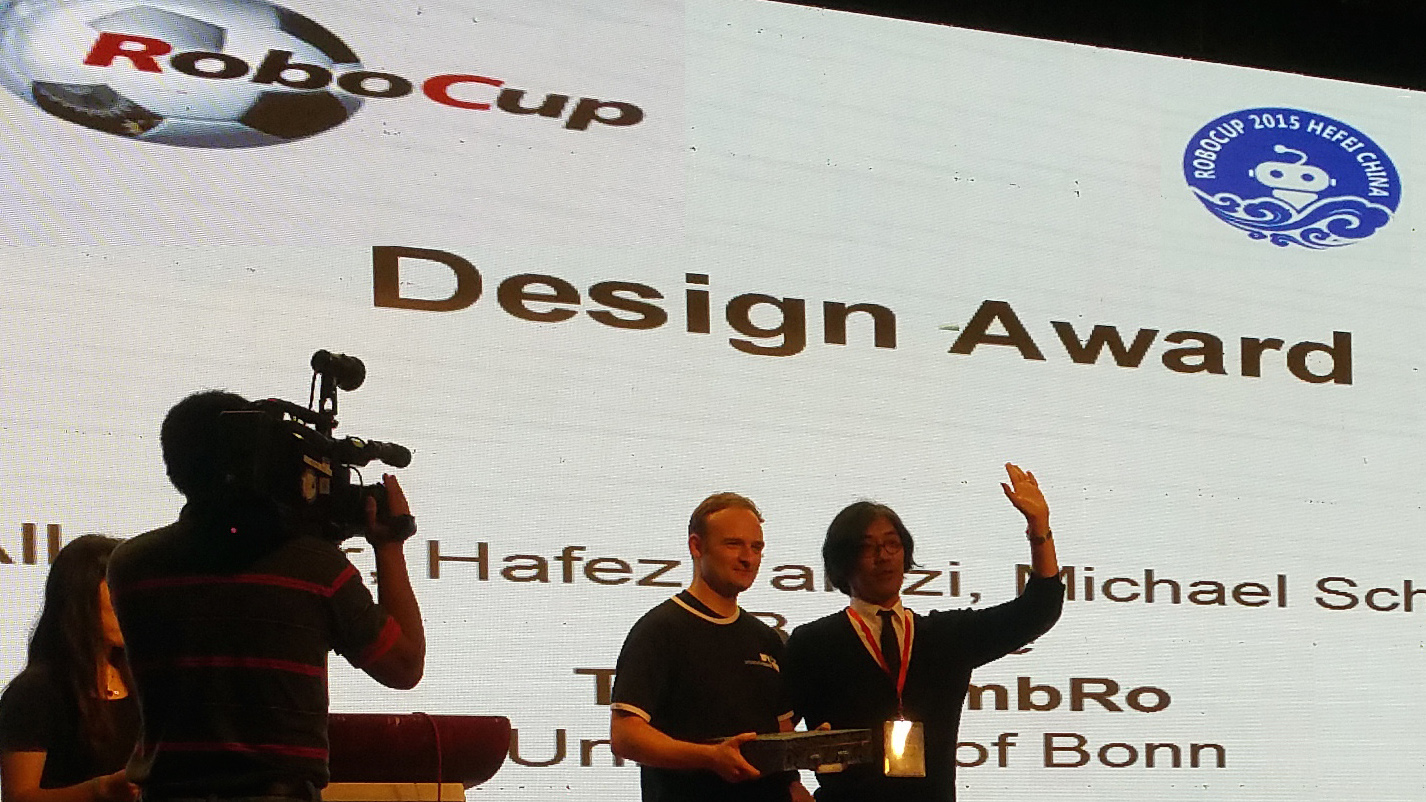 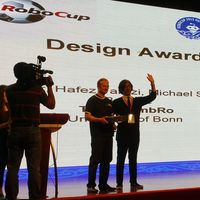 RoboCup holds up the ultimate goal:This goal includes the mission to foster science and technologies for evolving industries and for advancing societies. 2050 is not too far in the future. In order to reinforce relations between robots and the public, we need to think again about the power of “design”. “Robot” is not just a single technology, but a combination of systems and services that can enhance human activities that extend across the cyber and physical worlds. Also, “Robot” is not just useful, but also a continuous occupation to provide creative functionality to the public. Nowadays, robots and robotics have become familiar and are considered to work closer with people in their daily lives. Therefore, robots must be well-designed and taken into consideration their interactions with people, their use in various societies/environments, and their sustainable operations.

Based on these observations, in the last year, Flower Robotics and the RoboCup Federation introduced an award, called the “RoboCup Design Award”, to encourage research and education to focus on the importance of the design of robots. And, we decided to continue the award for this year. As same as the last year, robots and/or technologies will be awarded that are well-designed not only for their performance but also for their simpleness, easiness, smoothness in daily operation and other usages. We believe that the award will promote the popularity of robotics in wider fields.

Any participating team from all leagues/challenges (in Major and Junior) in RoboCup-2016 can apply for this award. An applicant should send a brief description of the design points on the following items. The application document should be submitted by June 10th, 2016 (24:00 (Hawai TZ)), to the following site:

The committee for this award consists of members appointed by Flower Robotics and RoboCup Federation. The committee will review the application documents with help from each league/challenge. The committee may interview the applicants at the venue during the competition. Based on these evaluations, the winner will be announced at the award ceremony of RoboCup 2016.